This story doesn’t involve any forests but there are giants! While traveling in Ireland one of the most memorable places I visited was the magnificent Giant’s Causeway. It is one of the most beautiful places I’ve ever seen. Luckily it wasn’t raining but was quite windy as we made the long hike down from the visitor centre. It was great to see all of the upgrades from the first time I visited and it is now very modern with many displays. We were also given audio guide devices so we could learn more about the legends and folklore. Another great upgrade! I could have spent the entire day there jumping from rock to rock and climbing up the columns. Lucky to have a few great hours, I absorbed everything I could and took time to just breathe it all in. For a moment I thought I could even see Scotland! 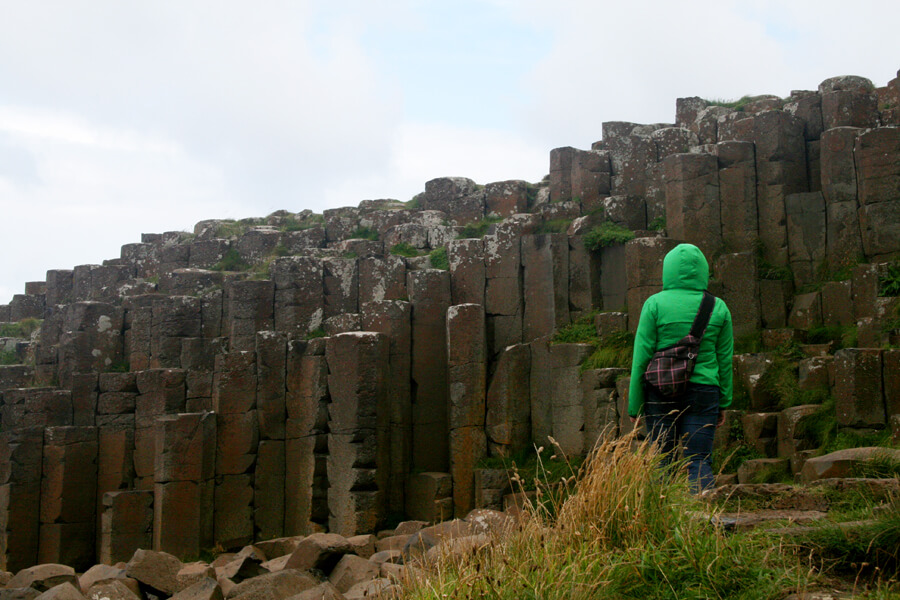 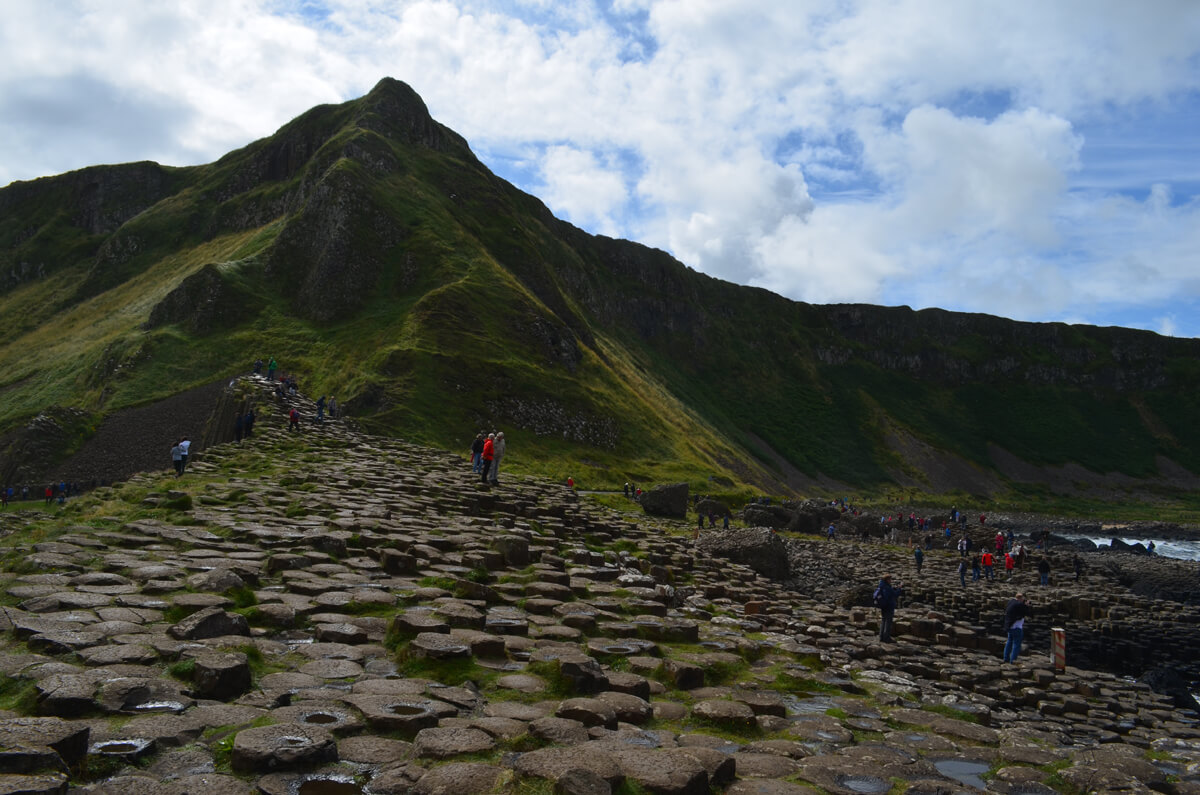 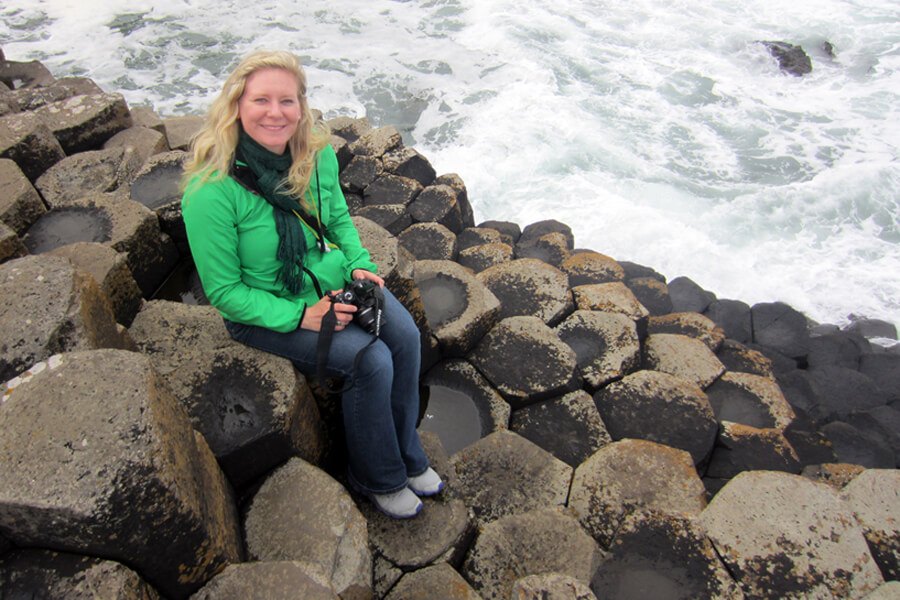 The Forest Fairy at the Giant’s Causeway

The audio guide had my full attention when it began talking about the giant Fionn MacCool. I was visualizing giants walking around the Causeway among the rocks and suddenly everything about the place became very magical. The story is one that really stuck and here’s my retelling of it.

The Legend of Fionn MacCool in the words of The Forest Fairy.

The Giant’s Causeway tells a tale of two giants from Ireland and Scotland. The Irish giant Fionn MacCool and the Scottish giant Benandonner were often feuding. Fionn finally had enough taunting and decided to challenge Benandonner to a fight. He built the Causeway across to Scotland and marched over to battle the Scottish giant. When Fionn saw Benandonner and realized he was no match against him he ran home frightened and asked his wife Oona to help him hide. She cleverly disguised him as a baby and told him to jump in the cradle. When Benandonner came looking for Fionn his wife said he had gone out to fetch firewood. Benandonner saw the rather large “baby” and imagined the father must be even BIGGER.  He ran back to Scotland in terror and tore up the Causeway behind him so he wouldn’t be followed. And that is the Legend of Fionn MacCool.

My travels throughout Ireland continue to inspire me and the memories are incredibly precious. Every place has a story to tell and it’s up to you to discover it. 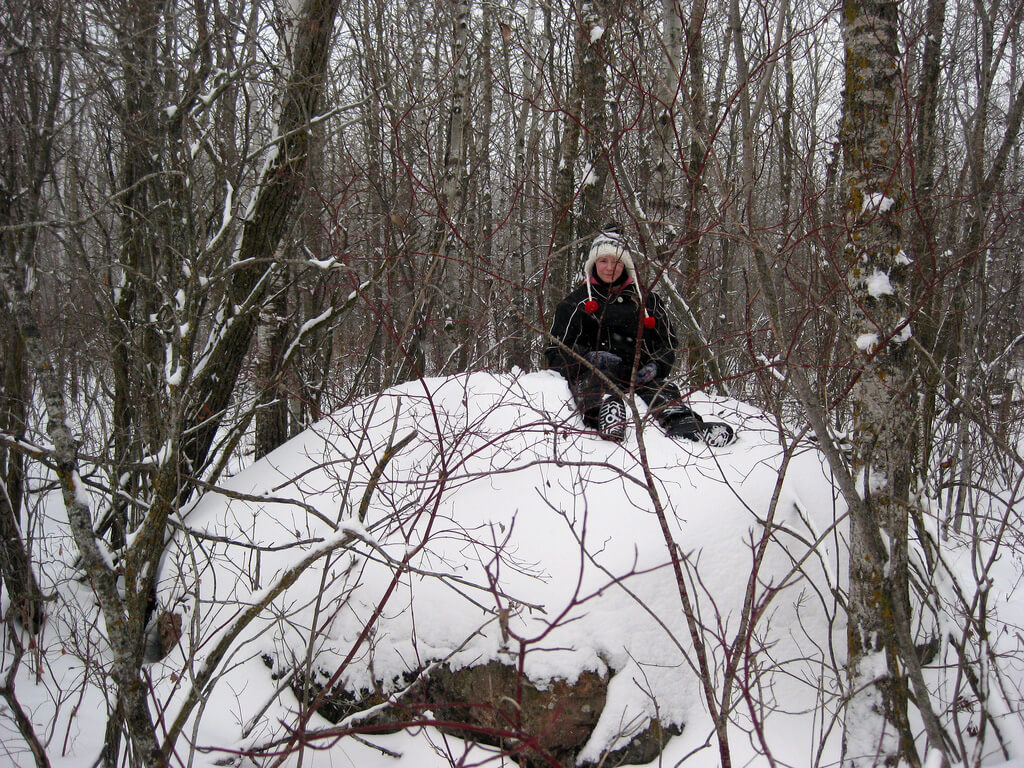 The landscape in my neck of the woods is flat and you can...