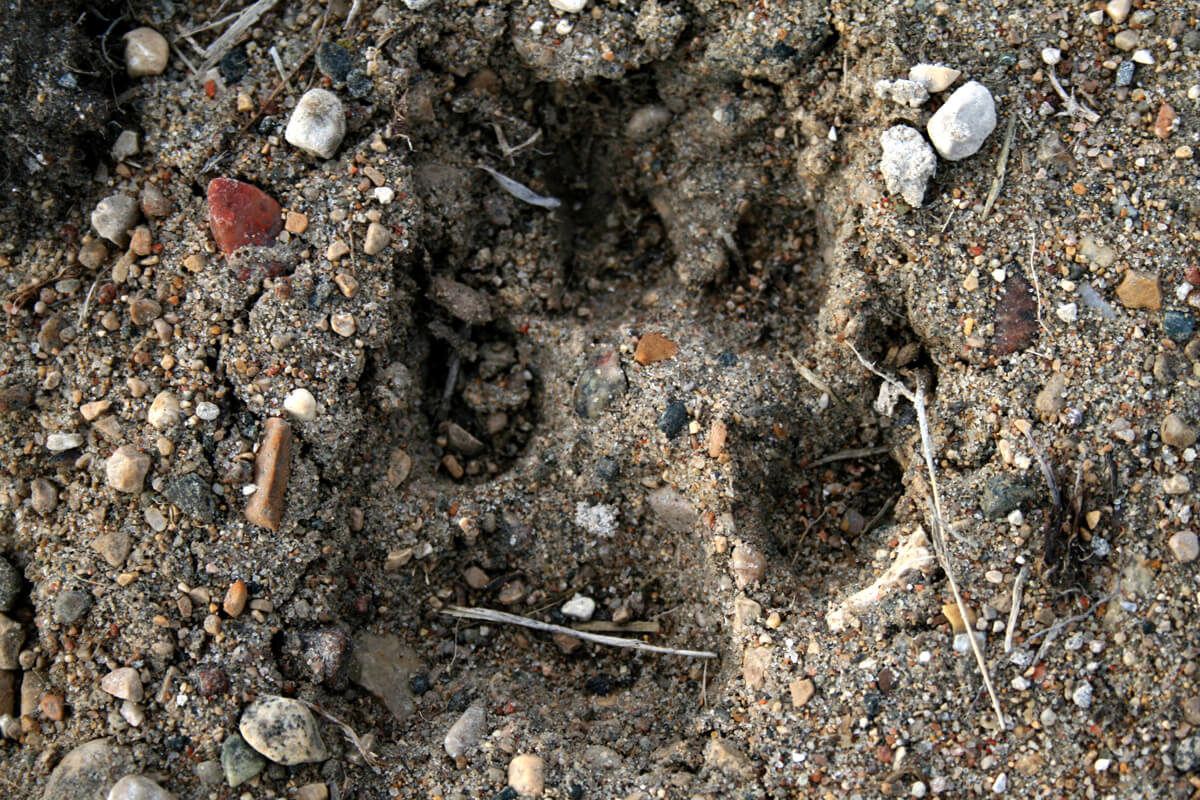 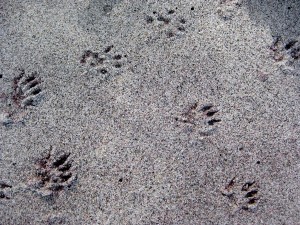 As early as I can remember I’ve taken notice to tracks left behind by the forest animals. Most noticeable when left in fresh snow and alongside the forest trail in the mud. Dad was the best at figuring them out and we had a book on all the tracks from animals in Manitoba. We started out tracking rabbits, squirrels, mice and deer in the snow. Rabbits were easy to tell since sometimes they’d sit down and their little tails would make an imprint in the snow too.

Once we followed the tracks of what looked like two animals running through the bush and when we reached the end of the tracks there was an explosion of feathers in the snow. We determined it must have been a fox chasing a wild chicken through the trees and eventually caught him. It was sad to think the chicken ended up being dinner but also interesting to see that this story had been written in the snow by their tracks. It was like reading a story just by looking at the ground.

Some areas where the bush got thick you could see patches that were flattened. This told us that the deer had rested there and had a snack by the nibbled bark we could see on the lower parts of the trees. We could see where they had left too by the trampled path that they carved out between the trees. Without having ever seen the deer it was like we could see the whole story play out in front of us.

My favorite little tracks I’d find were from little burrowing mice under the snow. They would leave little squiggly lines and the snow would pile up like when Bugs Bunny would burrow underground. I’d always be careful not to step in those areas because I didn’t want a mouse shooting up my pant leg! That’s why Mom always told us to tuck our pants into our socks. Apparently skiing one time a mouse ran up her leg so she learned her lesson. Oh dear!

Lesson Learned:
Stories aren’t always written in the pages of a book. We write our own story with every foot print we leave. 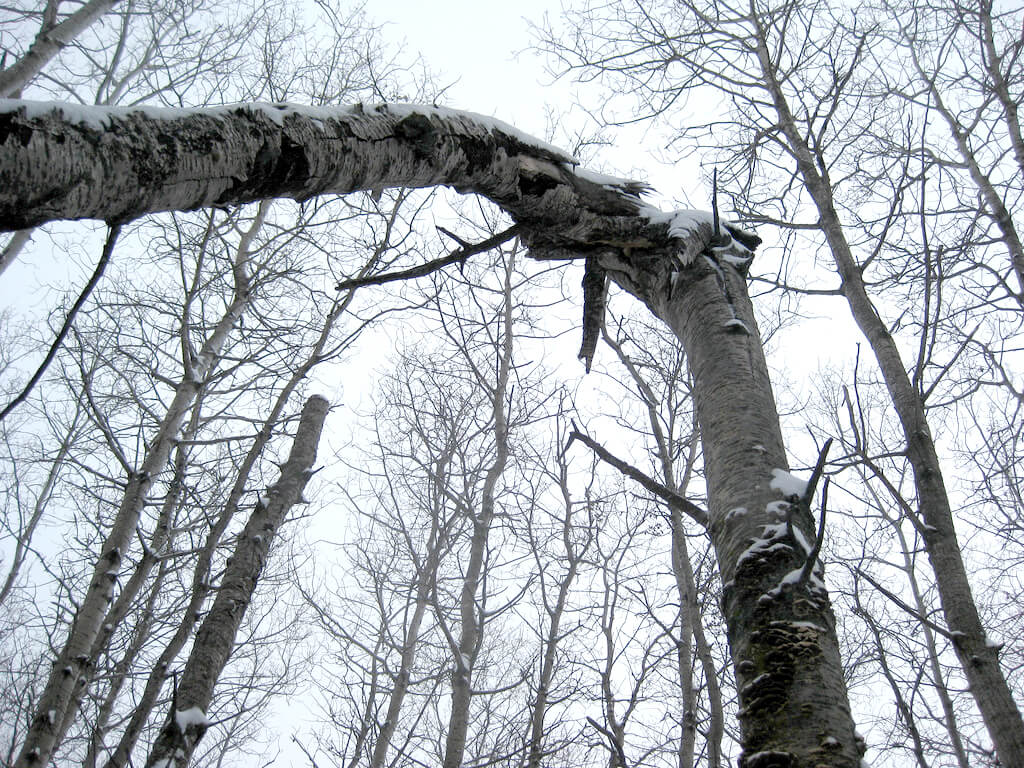 Riding through the forest on the trike we would often encounter fallen trees usually after a storm. Dad would yell out...

END_OF_DOCUMENT_TOKEN_TO_BE_REPLACED

12 Things I Learned in the Forest

I grew up where the prairie met the treeline. Our house was surrounded by a forest with a long lane and a lot of...